HOW to help my resistant child navigate school? UGYG

This story is probably way more than you need to know, but since a lot of people tell me how much they relate, and since I believe in transparency, I’ve chosen to really put myself out there. I hope this is helpful to you.

As you know, my name is Seth, and you probably won’t be surprised to learn that I was the struggling student that I work to help nowadays. Yep, I was “that kid.” Kindergarten was fine, but here are some rave reviews quoted directly from from my 1st grade report cards:

Slow worker. Very easily distracted. Loves school. Wants to be helpful. Very short attention span and never really gets into his work. Exhibits a very deep feeling and enjoyment. He loves stories. If I could only get him stimulated I know he would do well. He is a very thoughtful child. I think he is much brighter than he lets on and my hope is that as he matures and his short attention span increases, he will show greater academic progress.

Even in first grade I couldn’t fit in the proverbial box, and it only got worse in later grades. The same sort of comments appeared:

Lazy. Unmotivated. Not living up to his potential. Daydreams. Needs to work harder. Doesn’t try his best. Doesn’t pay attention. Needs to focus.  If he would just apply himself, he’d be okay.

Well, here’s the message I internalized:  I’m not okay, I’m somehow broken. I’m a failure. I can’t do it well enough, so I’m not enough. Why even try?

Of course I had strengths, but they weren’t built upon enough through traditional schooling, and I needed tools & insights that simply weren’t available back then. So, I struggled, a lot. I felt like a “failure” and felt a great deal of shame.

Adopted at the ripe old age of 3 days by an incredible family in Columbus, OH, I was a happy kid, but I never quite felt like I fit in. There was a sense that I was somehow different. I was creative and my imagination was wild and vivid. I would draw entire stories on giant rolls of paper, spanning 30 feet or more. I would collect countless random objects, take things apart, make inventions. Some of them even worked. I was a lover of the natural world, bugs, plants, animals, rocks. I was intuitive and highly sensitive to what was going on around me. And I was a free-spirited dreamer, adventuring through my world — but schooling would minimize this.

Year after year, my grades slipped. Instead of developing my strengths, I tried to fit into the expectations of the school. Square peg, round hole. My frustration and hopelessness grew and I gave up trying. Unconsciously, it came down to this: school wasn’t worth the effort since I just ended up feeling badly about myself anyhow. I wasn’t able to access learning in the way it was presented and I felt like a failure.

I was tested for learning disabilities in middle school and there were none identified. They said I had a high IQ but there were no programs at the time, and just having that knowledge didn’t help me gain access to any strategies or tools to help.

So I floundered through high school. I did fine the first two years with minimal effort. I always was strong out of the gates, but quickly lost momentum and let my work slide. I couldn’t manage all the minutiae, so I didn’t do much homework or studying. If I did homework, I often forgot to turn it in or lost it. I didn’t know how to be a student in the system. It was as if the other kids got a instruction book on how to be a student, that I was never given.

My grades really began to suffer in the 11th and 12th grade. D’s and F’s became the norm as I became more apathetic and as my parents became more concerned. They watched helplessly as I lied about how I was doing and as I pushed them away when they tried to help.

My grades were horrible, but somehow I graduated high school. High SAT scores made it possible for me to enter Ball State University in a remedial program and on probation. The program required me to take 3 college classes in the summer, right after high school ended. I got 2 C’s and an A. Ironically, the A was in Study Skills — I was always able to pull it together when the pressure was on, to make it “look” like I had things under control. At least it got people off my back for a bit.

I immediately failed the fall semester and was put on academic probation. I failed spring semester, was officially kicked out, and moved back home with the folks. I looked for any job that would hire me.

I didn’t want to live with my parents — I wanted to be treated like an adult even though I acted like an irresponsible kid. I ended up living with my grandmother, one of the most amazing people I’ve ever known. Tried again at a community college in Columbus, Ohio. Same pattern — started strong, optimistic with new resolve.

By this time I was really hopeless and suffering internally. I felt like a complete failure and knew I would never be able to accomplish anything in life. What went wrong? Why was I broken? Why try? I gave up.

One day, after months of self-pity, I hurt so badly that I decided I would do whatever I had to do to give it a real try once again. I was willing to do anything, including asking for help repeatedly until I got the help I needed. This was the hardest thing of all.

I began to change, slowly but surely. Momentum was building. I was having little successes. I got a minimum wage job I liked. I went home from work feeling good about what I had done. There was meaning in my work, and ironically, I was working with kids. And I was good at it.

I’m so thankful for that job because it literally changed the course of my life. It was for a company called AYS (At Your School), in Indianapolis. I don’t know if it exists anymore.  I worked with a woman named Candy Hammond – I’ve since lost touch with her and cannot locate her. Nonetheless, she was a BRILLIANT teacher, and she showed me that you could positively impact a child’s life, that you can make a real difference. She was my first mentor and neither of us knew it. She inspired me to want to be better at serving kids. I would watch in awe as she would artfully listen to the students on a level so deep, it was almost spiritual. She attuned to the kids, she saw what they really needed, but not as students first. She saw their needs as human beings first. There’s a critical distinction here. I wanted to be able to help kids like she did. And this is how my professional journey began in 1993.

One day, while driving home from AYS, I had a big smile across my face and I realized that I wasn’t that hopeless person anymore. Somewhere in the past several months those things that made me hopeless had been put to sleep. I was alive, invigorated. I realized then that I always left work happy and it was at that moment that I dedicated my life to helping kids. I didn’t know how I would do it and I didn’t care. All I knew was that I needed to follow this path.

I went back to school to become a teacher and worked harder than I ever worked in my life. I probably worked harder than almost everyone in my classes because I didn’t have strong student skills. I literally would sit at my desk, sometimes reading the same sentence 10 times before it would sink in, determined to succeed. It was painstaking. Every trick I could think of to make learning easier I did. I didn’t know it, but I was coaching myself.

I ended up doing pretty well. Through some twist of fate, I was the student asked to represent my graduating class at Indiana University by speaking at my graduation. Me, the once “hopeless failure”. Through all of this, I learned beyond a shadow of a doubt that kids don’t have to suffer, that they can be successful and most importantly, happy.

But kids need the right tools. Schools need to meet students where they are at. They need to see students holistically and build upon strengths. Left brained students usually navigate the system just fine, as it aligns with their strengths. But there are so many outside-the-box thinkers that don’t fit the mold. They might be random, global, big picture, poor with details, creative, quirky, or otherwise divergent learners. The fact is, when struggling students are properly understood and educated, they shine.

Nowadays I love my life. I’ve built rich relationships, a career that I’m passionate about, a healthy lifestyle, a positive outlook, fulfilling hobbies, and most importantly, I’m pretty happy. So, in the greatest humility, I feel infinitely grateful that I’ve found my strengths. It’s my hope that I can share them here in such a way that it helps more and more kids have increasingly better lives. 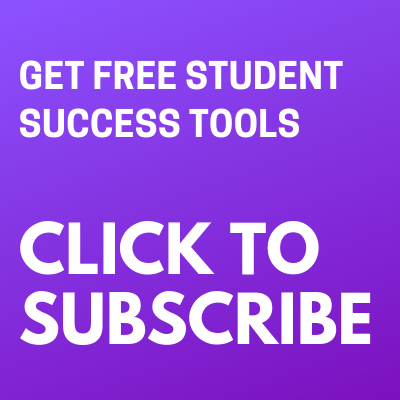 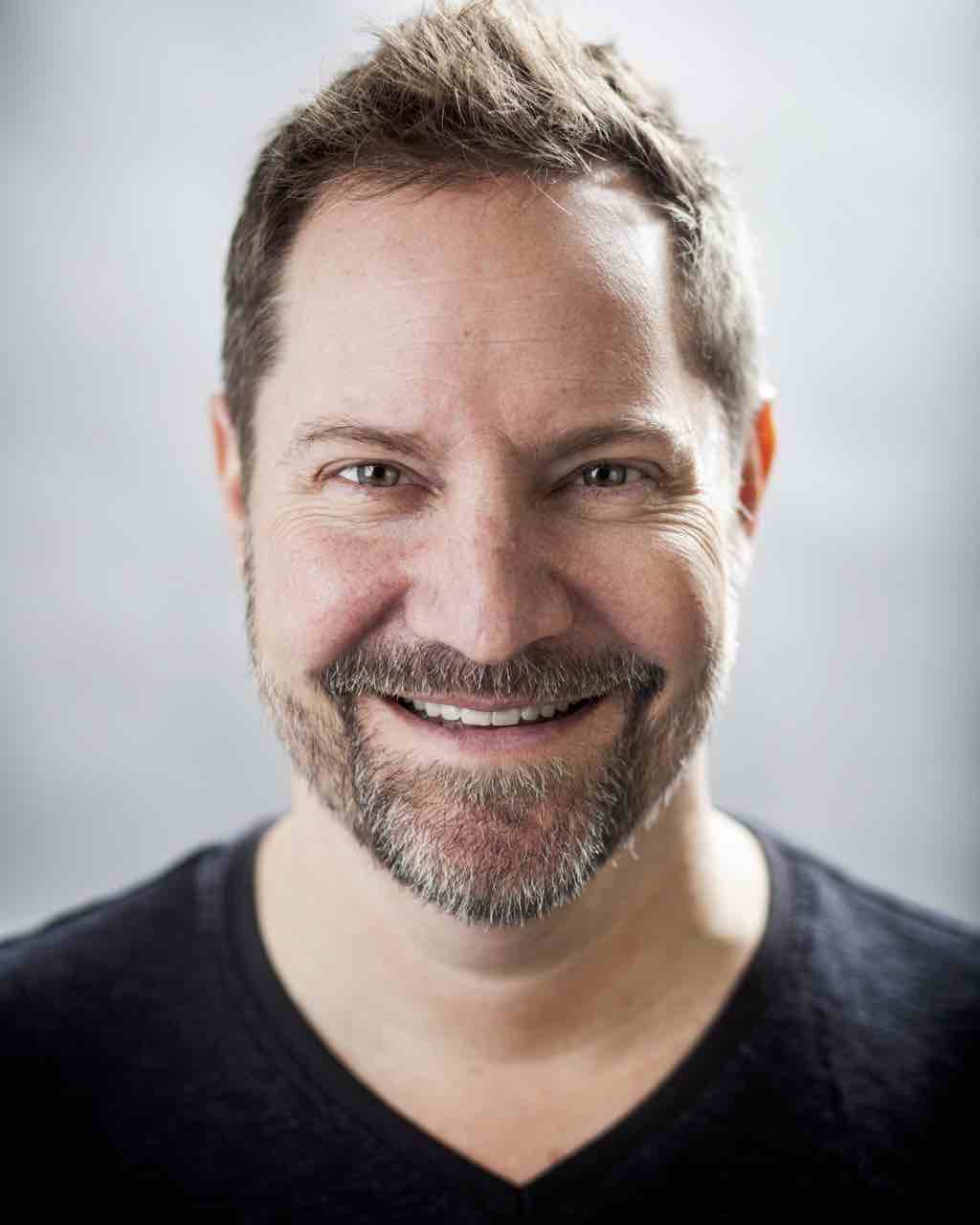 Hi, I’m Seth Perler. I help you help students who struggle with Executive Function. Learn how my blog helps you here  or about me here.