You MUST understand elements of a story, regardless of grade level, if you are going to be writing fiction at all.

Basically, there are 5 elements that every story must have, or it’s not a story. The elements are:

This video breaks it down in plain English. 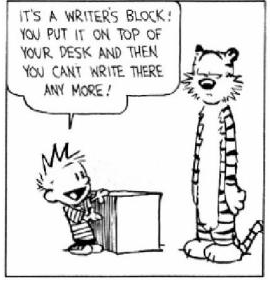 Hello people, I’m here to talk to you about elements of story. My name is Seth Perler from SethPerler.com. Check out my website if you like what I’m doing and share. Thanks! Elements of story. I’m going to teach you everything you need to know really quickly. I’m going to speak kind of fast, but this is going to be a primer that’s really going to help you with your writing. Elements of the story. First of all, we’re talking about the story, we’re talking about fiction generally, not non-fiction, unless you’re doing a biography or something like that. But basically, elements of a story usually refers to fiction writing, and there are five elements of a story: character, setting, theme, plot, and point of view. That’s it. Five elements of story, again: character, setting, theme, plot, and point of view. Think about elements that make up a stone or something. There are these different elements, different pieces, so every single story in the world has five elements. If you know this and you internalized this and you pseudo memorize it, but you apply it, this will help you with all of your story writing for the rest of your life. You, my friend, are the authors of the future. You have big things to write and big stories to tell. So, what are we doing here again? We have characters. Every single story in the world has to have characters. Yes, every story. Every one has to have a setting, plot, theme, and point of view. Elements of story, the five elements are character, setting, plot, theme, and point of view. Now, what do you need to know about each one? I like to distill things into their simplest elements and into the simplest pieces into the simplest way.

Setting: Next we have setting. There are two things to the setting: time and place. When and where. Setting has two things: when and where. So when your building settings, you want to think about when. A lot of people don’t do this and they just start writing their story and they’re not really thinking about if it’s in modern-day, if it’s medieval, if it’s futuristic, etc. So within the setting, you really want to pick your time period as carefully as possible. This may require research if you’re not going into the past. Either way, you’re going to really want to consciously think about what time your story is taking place. And now the other thing is place. You’re usually going to have multiple settings in a story. One way is to give the audience just enough information where your brain can create your whole world in your head of what it looks like but doesn’t give you too much. Then you have other authors who give so much description, and that can work too. Either way can work. But either way, you’re going to really want to think about, “what are the places that are important?” Don’t have 5 million settings in a short story. Really pick places that matter, really think about that consciously. So you’re going to have character and setting.

Plot: I’m going to do another video on the ‘plot mountain’. But for the plot, all you really need to think about in terms of knowing elements of story, is the problem and the solution. A good plot has to have a problem. The main character has some problem, and the main character has to dig deep in order to overcome the problem. This is common in every single story. Every good story has a character, and there’s a problem, and the character has to dig deep. You can look at the hero’s journey, Joseph Campbell, if you want to. I’ll put a link to that. But the character has to really dig deep it to overcome that problem. That is what we human beings relate to in a story. If your character doesn’t have to really overcome anything, you may be having a great time writing a story, but it’s not going to connect on a deep level with your audience.

Theme: Theme is just the moral or the lesson. A lot of students get caught up on theme, and they start thinking about it in the wrong way. When I say, “What’s your theme? What’s the moral of your story? What’s the lesson.” They think that they’re supposed to have one main lesson and that the reader is somehow going to pick up on that. Don’t do that. When you’re thinking about the theme and the lessons that you want your story to teach, you can have one lesson or you can have a hundred lessons, that doesn’t really matter. What matters is that you do have a conception of what you are trying to teach with your story of some of the themes, but what you need to know is that the reader is going to read into it in completely different ways. They may or may not get your intended theme. They make it completely other things. You don’t have to worry about what they get out of it, you have to worry about what you put into it. What are you trying to teach? What are the most important themes or lessons or morals you would be teaching? Don’t get boxed into thinking, “Oh, there’s one theme and the reader has to get it.” Don’t get too perfectionistic about it, be more general. What is important to you to teach? What life lessons have you learned that you can apply to what this character is going through?

Point of view: Next is a point of view. Who’s telling the story? Generally, first-person, third-person is it isn’t more, ‘I’m telling my own story’ and you’re using ‘I’ statements a lot, or is it more of a narrator that’s more all-knowing and is telling a story from that sort of a perspective. Point of view is very simple. You just need to pick if you’re telling it or somebody else is telling it or a narrator is telling it. That one is really easy.

Again- characters. You got to have a setting. You got to have a plot, a theme, and a point of view. Now you have elements of story. I’m going to go over the ‘plot mountain’ in another video and then I’m going to go over two other things in another video which is audience and purpose. Once you understand those things, audience, purpose, the ‘plot mountain,’ the elements of story, and the writing process (I’ll put this all in my post), then you really have a basis for writing. I don’t care if you’re in middle school, high school, college, graduate school. If you can put these pieces that I’m showing you right here together, you have the basis for any type of writing you can do. Don’t let anyone tell you that you’re not a good writer, you can’t be a writer, etc. Writing is an art and you are the artist, you have stories to tell, you have things to teach people and things to give people. People don’t understand how incredibly powerful they are. You have so much to give to the planet and the people and your story needs to be told. So writing is magic. I hope you have an awesome day. I will see you soon. Take care.