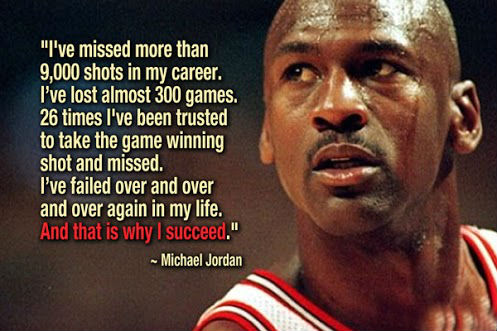 Let’s start with the most trite type of failure, but perhaps the most corrosive since it gives birth to a perceptual limit in children that simply does not need to exist. The F. It’s a grade, supposedly an assessment of school performance. Letter grades were invented in the 1890s (yes, they’re in dire need of modernization). True story: Originally, there was A, B, C, D & E. Teachers were afraid students would think the E meant “excellent” so they changed it to F for “failure” so there could be no confusion. By the 1930s the F was everywhere.

Usually grades end up being a measurement of compliance to a vague and arbitrary expectation, and this is where the F’s crippling effects creep in. Students are placed in a situation that is often uninspiring, boring, lacking in meaning, and are expected to comply with the demands of the appointed leader (the teacher). Some students cannot connect authentically with the teacher or the material, and despite their efforts to understand how to navigate the complex and confusing landscape of school, they appear to be “failing.” This failure causes certain people (often artists, makers, healers, intuitives, would-be visionaries, outside-the-box thinkers) to feel confusion, hopelessness and frustration. This often leads to deep shame that they want to run away from (like many of the kids I work with), but year after year they are thrust again unwillingly back into the system that told them they were failures. This is a system that they do not know how to feel successful in. It feels like a lose/lose situation, so why try? They know they will never “make the grade” according to the rules of this game.

I have come to believe that this type of failure is utterly  unnecessary. Schools need revolutionary overhaul in order to fix this.

2. Failure as the crutch

As we get older, we can master using failure as a crutch, as a place to hide from taking healthy risks, to support our attempts at avoidance and resistance, as a reason to hold our greatness back. It dims our brightness.

This type of failure is driven by fear. We try something and expect to master it, and when we don’t, when we see that it requires time, hard work and even asking for help, we play the victim and give up before we’ve really tried. We fear that if we fail, we are failures. We think it diminishes our worth as a human being.

With failure as a crutch, we live in a story, a web of excuses and blame. Sometimes we talk about the blame with others when we know they will support our story, but sometimes it’s just a quiet story hiding in the dark corners of our minds, holding us back silently.

It matters not whether we blame ourselves, society, our parents, bosses. It’s all blame, it’s all avoidance. It says, “I am a failure. I can’t do it. It’s not worth the effort. I’m not enough in some way. Not good enough, smart enough, talented enough, funny enough, attractive enough, popular enough.” So we seek distractions.

This is real failure. It lacks the ability to be present since it is consumed with the story’s script. In other words, it is concerned with satisfying the ego and controlling future results which will depend on to affirm our worth, rather than being present for the journey. Jung would refer to this as the shadow self. It is limiting. It is sleep.

This is the failure that we should develop a love affair with. This is “good failure.” It is friend, not foe. It is a result of trying something new and seeing what happens. It is being present, in the moment, rather than obsessed with results and outcomes. There is an element of true play and adventure, fun and excitement. It is driven by meaningful work, by art, by hope for something interesting to happen. It does not depend on following the story line or script, but rather embraces an openness to possibilities and abundance. There is an element of childlike wonder and freedom in this failure. Instead of saying, “I am a failure” our souls respond with “that was a failure and now I have the opportunity to find a different way. Perhaps it will be better, perhaps not. But I am free to try again, to experiment, to grow, to be in the process, not the outcome.” It is a dance.

It’s an adventure. There is a sense of journey with this failure, a special ability to be present. It’s the easiest because it’s fun, free, and it leads to learning, growth and it’s an integral part of the path to success. Failure is just seen as normal bumps in the road, no big deal. But it is the hardest because it demands we dive deep and see what we’re made of. The fear is still there but we walk through it even though it is uncomfortable. We build a different relationship with fear, we listen to it differently. We let it speak but we are not ruled by it’s voice. Failure as growth demands an ironic honesty; an acknowledgement of how awesome and powerful we are.

Seeing our own light can be the scariest thing, but it is exactly what empowers our most authentic seeds to flourish.